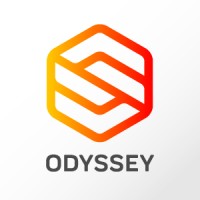 What are the highest paying jobs at Odyssey Systems?

Odyssey is an American internet media company that operates based on a crowdsourced model, receiving articles from a base of thousands of volunteer authors and edited through their teams of volunteer, outsourced, and professional content strategists. The platform produces material covering virtually all major topics, including politics, sports, fashion, technology, entertainment, business, science, and health, among others. Odyssey has over 15,000 contributing writers, 1,200 communities, and over 30 million readers across the country. Each community consists of at least 12 writers, a voluntary Editor-in-chief, and a content strategist based in the New York City headquarters. Within each team are opportunities for executive positions, like a contributing editor, social outreach specialist, recruitment director, and more, all on a voluntary basis. Writers have the opportunity to receive compensation for their articles based on the number of page views a contributor generates.

Odyssey was co-founded by Evan Burns and Adrian France, two students from Indiana University, in 2014 under the Odyssey Media Group, Inc. The platform's users consist mostly of university and college students in the age range of 18-28, and its viewers mostly come from each individual user's social media networks, such as Facebook and Twitter.

Odyssey Systems Job Search in US and Canada

Do personality tests make it harder to hire the right person?
Sara London
19 examples of STAR interview questions (plus how to answer them using STAR method)
Jennifer Fabiano
Is this the worst job interview question? The internet seems to think so.
CW Headley
Ladders / Company / Odyssey Systems