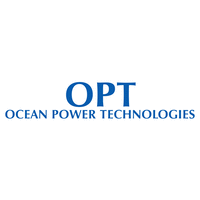 What are the highest paying jobs at Ocean Power Technologies, Inc.?

Ocean Power Technologies is a U.S. publicly owned renewable energy company, providing electric power and communications solutions, services and related for remote offshore applications. The company's PowerBuoy wave energy conversion technology is theoretically scalable to hundreds of megawatts and the generated energy from wave power can be supplied to the grid via submarine cables. Several projects were undertaken around the world, but the economic viability of the theoretical concept has been problematic.

Ocean Power was involved in several large PowerBuoy projects, including a very large Australian project with Lockheed Martin from 2012–2014, when they determined that "the project wasn’t 'commercially viable,' and changed its strategy. It has since commercialized the technology by providing power and communications to remote sites such as offshore oil fields."

These are the 15 highest-paying psychology jobs
Hailey Hudson
6 jobs that prepare you for side hustle success
Kyle Young
This is what work will look like in 2030, and it isn’t pretty
Kyle Schnitzer
Ladders / Company / Ocean Power Technologies, Inc.