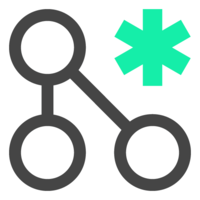 What are the highest paying jobs at Notable Labs?

Nokia Bell Labs, AT&T Bell Laboratories and Bell Telephone Laboratories) is an American industrial research and scientific development company owned by Finnish company Nokia. With headquarters located in Murray Hill, New Jersey, the company operates several laboratories in the United States and around the world. Bell Labs has its origins in the complex past of the Bell System.

Researchers working at Bell Labs are credited with the development of radio astronomy, the transistor, the laser, the photovoltaic cell, the charge-coupled device, information theory, the Unix operating system, and the programming languages B, C, C++, S, SNOBOL, AWK, AMPL, and others. Nine Nobel Prizes have been awarded for work completed at Bell Laboratories.

Notable Labs Job Search in US and Canada

19 examples of STAR interview questions (plus how to answer them using STAR method)
Jennifer Fabiano
Is this the worst job interview question? The internet seems to think so.
CW Headley
These are the 15 highest-paying psychology jobs
Hailey Hudson
Ladders / Company / Notable Labs