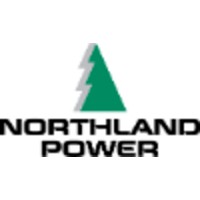 What are the highest paying jobs at Northland Power Inc.?

Northland Power is a power producer founded in 1987, and publicly traded since 1997. Northland develops, builds, owns and operates clean and green power infrastructure assets in Asia, Europe, Latin America, North America and other selected global jurisdictions that produce electricity from clean-burning natural gas and renewable resources such as wind and solar technology.

The Company owns or has a gross economic interest in 2,681 MW of operating generating capacity and 130 MW of generating capacity under construction, representing the La Lucha solar project. In advanced development, Northland has 300 MW of onshore wind under advanced development across three projects in New York State, a 60% equity stake in the 1,044 MW Hai Long project off the coast of Taiwan and a 49% equity stake in the up to 1,200 MW Baltic Power project off the coast of Poland. Northland also operates a regulated utility business in Colombia and has a portfolio of projects in various stages of development in the Americas, Asia and Europe.

Northland Power Inc. Job Search in US and Canada