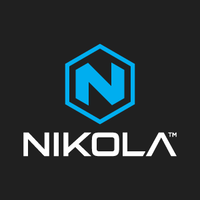 What are the highest paying jobs at Nikola Motor Company?

Nikola Corporation is an American company that presented a number of zero-emission vehicle concepts from 2016 to 2020. The company stated on multiple occasions that it intended to take some of its concept vehicles into production in the future, including expansive claims during the time the company prepared to go public. The company reorganized and went public on June 4, 2020. As of July 2021, the reorganized company has stated that they intend to deliver the first 50 to 100 production Nikola Tre battery-electric trucks in the fourth quarter of 2021.

Like the larger Tesla, Inc., the company is named in honor of Nikola Tesla, but is not related to the inventor. Nikola Corporation is based in Phoenix, Arizona.

In September 2020, the company was under investigation by the Securities and Exchange Commission and the Department of Justice over securities fraud allegations. In July 2021, a United States federal grand jury returned an indictment against founder and former CEO Trevor Milton, but not against the company, that charged Milton with three counts of criminal fraud—for "lying about 'nearly all aspects of the business'"—and two counts of securities fraud. Stock shares in Nikola dropped and traded at ~US$12 after falling from over $65 in mid-2020, a point at which the company market valuation had exceeded that of the Ford Motor Company.

Nikola Motor Company Job Search in US and Canada

View All Terre Haute, IN Jobs

6 jobs that prepare you for side hustle success
Kyle Young
This is what work will look like in 2030, and it isn’t pretty
Kyle Schnitzer
The 7 highest-paying entry-level jobs
Hailey Hudson
Ladders / Company / Nikola Motor Company