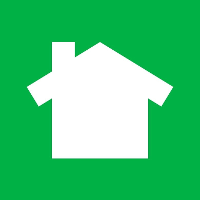 What are the highest paying jobs at Nextdoor?

Nextdoor is a hyperlocal social networking service for neighborhoods. The company was founded in 2008 and is based in San Francisco, California. Nextdoor launched in the United States in October 2011, and is currently available in 11 countries. Users of Nextdoor are required to submit their real names and addresses to the website; posts made to the website are available only to other Nextdoor members living in the same neighborhood.

Since 2015, Nextdoor has been criticized for enabling its users to racially profile people of color. As a platform, it also has been accused of operating as fear-based media, serving interests of real estate, private security, and police, reaffirming class and racial biases, and spreading conspiracy theories such as the stolen election conspiracy theory and COVID-19 misinformation.

Nextdoor Job Search in US and Canada

Top Jobs at Nextdoor by City

8 high paying remote jobs you can get right now (and how to get hired there)
Sara London
7 ways to manage the effects of job search fatigue
Rolf Bax
Have you been the victim of 1 of these 7 cases of wrongful termination?
AnnaMarie Houlis
Ladders / Company / Nextdoor