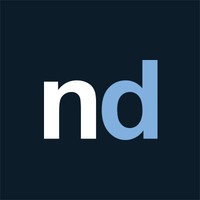 What are the highest paying jobs at NetDocuments?

NetDocuments is a cloud-based document and email management service that provides enterprise-level security, mobility, disaster recovery, and collaboration solutions for organizations with high data security requirements, such as law firms, financial institutions, and insurance industries. Data security and strict digital asset protection are key components of the service that allow organizations to securely store and collaborate on their documents and email. Additionally, the integrations with Microsoft Office allow for editing, drafting, searching, and version control.

NetDocuments was launched in 1999 to sell enterprise applications under the software as a service business model. Its functionality is accessible through a web browser.

NetDocuments was founded in 1999 as a web-based document and email management service, delivered through SaaS, which allows for all users of the service to always be on the latest and most current version of the software through quarterly releases and upgrades. The founders of NetDocuments include the same team that developed SoftSolutions in the late 1980s. Before being bought by WordPerfect in 1994, SoftSolutions dominated the legal document and email management service industry, capturing over 50% of the market.

The company was founded by Kenneth Duncan, Alvin Tedjamulia, and Lee Duncan, a brother to Kenneth. Kenneth Duncan served as CEO until 2014. NetDocuments is Ken Duncan's second document management company as he founded SoftSolutions in the late 1980s and sold that to WordPerfect in 1994. WordPerfect was subsequently sold to Novell which did not continue the SoftSolutions document management system but did, however, use the SoftSolutions technology in its GroupWise offering.

NetDocuments Job Search in US and Canada

Top Jobs at NetDocuments by City