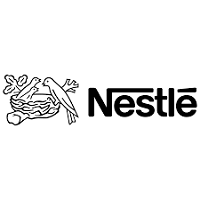 What are the highest paying jobs at Nestle?

Nestlé S.A. is a Swiss multinational food and drink processing conglomerate corporation headquartered in Vevey, Vaud, Switzerland. It is the largest food company in the world, measured by revenue and other metrics, since 2014. It ranked No. 64 on the Fortune Global 500 in 2017 and No. 33 in the 2016 edition of the Forbes Global 2000 list of largest public companies.

Nestlé was formed in 1905 by the merger of the Anglo-Swiss Milk Company, established in 1866 by brothers George and Charles Page, and Farine Lactée Henri Nestlé, founded in 1867 by Henri Nestlé. The company grew significantly during the First World War and again following the Second World War, expanding its offerings beyond its early condensed milk and infant formula products. The company has made a number of corporate acquisitions, including Crosse & Blackwell in 1950, Findus in 1963, Libby's in 1971, Rowntree Mackintosh in 1988, Klim in 1998, and Gerber in 2007.

Have you been the victim of 1 of these 7 cases of wrongful termination?
AnnaMarie Houlis
The job market is looking shockingly good for the Class of 2021
CW Headley
These are the 50 best companies in the world to work for right now
Kyle Schnitzer
Ladders / Company / Nestle