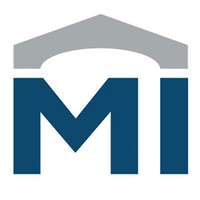 What are the highest paying jobs at National MI?

,In the early 1980s, Michigan National was caught up in the collapse of Penn Square Bank and Continental Illinois National Bank and Trust Company which forced the resignation of Stanford Stoddard in 1984. Robert J. Mylod became chairman and CEO of Michigan National in 1985, succeeding Edwin B. Jones. Mylod closed 140 of its 340 branches and shed half of its 700 ATMs. Loosened banking regulations in the late 1980s made MNC struggle to remain independent, but the loosened regulations allowed Michigan National to consolidate its banks into one bearing the Michigan National Bank name as the deregulation allowed for statewide branch banking in Michigan. In 1995, MNC was sold to National Australia Bank.

,ABN AMRO announced on 22 November 2000, that it had signed a definitive agreement with National Australia Bank Ltd for the acquisition of MNC for US$2.75 billion in cash. At the time, it had total assets amounting to US$11.6 billion. MNC's primary subsidiary was Michigan National Bank with 3,600 employees, 184 branches and 332 ATMs. On 2 April 2001, MNC was acquired by ABN AMRO North America, Inc., the parent company of Troy, Michigan based Standard Federal Bank.

,The merged company retained the Standard Federal name, but dropped Standard's federal savings bank charter in favor of Michigan National's national bank charter. The merger took effect from 9 October 2001. 59 overlapping branch offices were closed. As a result of this merger, Standard Federal operated approximately 300 branches and 850 ATMs in the state of Michigan, more than any other financial institution in the state. It was the second-largest bank in Michigan as measured by assets.

National MI Job Search in US and Canada