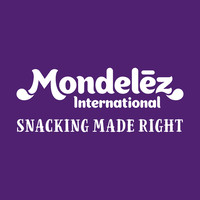 What are the highest paying jobs at Mondelez International?

Mondelez International, Inc., often stylized as Mondel?z, is an American multinational confectionery, food, holding and beverage and snack food company based in Chicago, Illinois. Mondelez has an annual revenue of about $26 billion and operates in approximately 160 countries. It ranked No. 117 in the 2018 Fortune 500 list of the largest United States corporations by total revenue.

The Mondelez name is a coined word adopted in 2012, which is said to have been suggested by then Kraft Foods employees. It is derived from the Latin word mundus and delez, a fanciful modification of the word "delicious".

Mondelez Canada holds the rights to Christie Brown and Company, which consists of brands such as Mr. Christie, Triscuits and Dad's Cookies. Its head office is in Mississauga, Ontario, with operations in Toronto, Hamilton, Ontario and Montreal, Quebec.

...with Mondelez International and 1000s of other companies paying $100K+

Mondelez International Job Search in US and Canada

View All Hamilton, ON Jobs

8 high paying remote jobs you can get right now (and how to get hired there)
Sara London
7 ways to manage the effects of job search fatigue
Rolf Bax
Have you been the victim of 1 of these 7 cases of wrongful termination?
AnnaMarie Houlis
Ladders / Company / Mondelez International