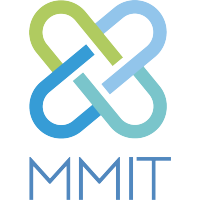 What are the highest paying jobs at MMIT?

Massachusetts Institute of Technology is a private land-grant research university in Cambridge, Massachusetts. Established in 1861, MIT has since played a key role in the development of modern technology and science, ranking it among the most prestigious academic institutions in the world.

Founded in response to the increasing industrialization of the United States, MIT adopted a European polytechnic university model and stressed laboratory instruction in applied science and engineering. The institute has an urban campus that extends more than a mile alongside the Charles River, and encompasses a number of major off-campus facilities such as the MIT Lincoln Laboratory, the Bates Center, and the Haystack Observatory, as well as affiliated laboratories such as the Broad and Whitehead Institutes.

As of June 2021, 97 Nobel laureates, 26 Turing Award winners, and 8 Fields Medalists have been affiliated with MIT as alumni, faculty members, or researchers. In addition, 58 National Medal of Science recipients, 29 National Medals of Technology and Innovation recipients, 50 MacArthur Fellows, 80 Marshall Scholars, 3 Mitchell Scholars, 22 Schwarzman Scholars, 9 Knight-Hennessy Scholars, 41 astronauts, and 16 Chief Scientists of the U.S. Air Force have been affiliated with MIT. The university also has a strong entrepreneurial culture and MIT alumni have founded or co-founded many notable companies. MIT is a member of the Association of American Universities.

MMIT Job Search in US and Canada

Top Jobs at MMIT by City

Is this the worst job interview question? The internet seems to think so.
CW Headley
These are the 15 highest-paying psychology jobs
Hailey Hudson
6 jobs that prepare you for side hustle success
Kyle Young
Ladders / Company / MMIT