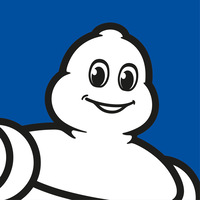 What are the highest paying jobs at Michelin Americas Research & Development Corp?

Michelin is a French multinational tyre manufacturing company based in Clermont-Ferrand in the Auvergne-Rhône-Alpes région of France. It is the largest tyre manufacturer in the world before Bridgestone and larger than both Goodyear and Continental. In addition to the Michelin brand, it also owns the Kléber tyres company, Uniroyal-Goodrich Tire Company, SASCAR, Bookatable and Camso brands. Michelin is also notable for its Red and Green travel guides, its roadmaps, the Michelin stars that the Red Guide awards to restaurants for their cooking, and for its company mascot Bibendum, colloquially known as the Michelin Man.

Michelin's numerous inventions include the removable tyre, the pneurail and the radial tyre.

These are the 15 highest-paying psychology jobs
Hailey Hudson
6 jobs that prepare you for side hustle success
Kyle Young
This is what work will look like in 2030, and it isn’t pretty
Kyle Schnitzer
Ladders / Company / Michelin Americas Research & Development Corp