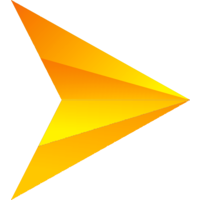 What are the highest paying jobs at Mavrck?

Maverick was an American entertainment company founded in 1992 by Madonna, Frederick DeMann, and Veronica "Ronnie" Dashev, and formerly owned and operated by Warner Music Group. It included a recording company, a film production company, book publishing, music publishing, a Latin record division, and a television production company. The first releases for the company were Madonna's 1992 coffee table publication Sex and her studio album Erotica, which were released simultaneously to great controversy as well as success.

DeMann was bought out of the company for a reported $20 million in 1998. Guy Oseary increased his stake in the company and took control as Chairman and CEO. Madonna and Dashev left in 2004 after a lawsuit between Maverick and Warner Music Group. Since 2009, the label has been defunct, with its retained acts now recording for Warner Bros. Records directly. In 2014, the brand was revived as a management group founded by Oseary with Live Nation Entertainment.

Mavrck Job Search in US and Canada

Top Jobs at Mavrck by City

Everything you need to know about becoming a dermatologist
Ashley Jones
These US cities will pay up to $20,000 for you to relocate—but there’s always a catch
Benjamin Lorber
A guide to using social media to your advantage when job hunting
Sarah Dillon
Ladders / Company / Mavrck