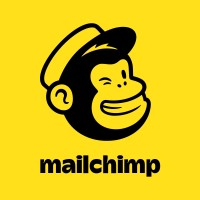 What are the highest paying jobs at Mailchimp?

Mailchimp is an American marketing automation platform and email marketing service. It is the trading name of its operator, Rocket Science Group, an American company founded in 2001 by Ben Chestnut and Mark Armstrong, with Dan Kurzius joining at a later date.

"Mailchimp, named after their e-card character, launched in 2001 and remained a side project for several years, earning a few thousand dollars a month." Mailchimp began as a paid service and added a freemium option in 2009. Within a year, its user base had grown from 85,000 to 450,000. By June 2014, it was sending over 10 billion emails per month on behalf of its users. According to the statistics, more than 600 million emails are sent through the platform every two days. In 2017, the company was gaining 14,000 new customers every day. The company has remained owned by its co-founders and has not accepted venture capital funds.

In 2016, Mailchimp was ranked No. 7 on the Forbes Cloud 100 list. In February 2017, the company was named one of Fast Company's Most Innovative Companies of 2017. In August 2017, It was reported that Mailchimp would be opening offices in Brooklyn and Oakland, California.

In February 2019, Mailchimp acquired LemonStand, a smaller competitor. Later in 2019, the company announced its annual revenue would reach $700 million. Mailchimp later announced their plans to shift from mail distribution into offering "a full marketing platform aimed at smaller organizations." To this end, Mailchimp acquired the London-based media and magazine company, Courier, in March 2020, with the stated goal of international growth. The magazine has a readership of 100,000 readers in more than 26 countries.

Mailchimp Job Search in US and Canada

Top Jobs at Mailchimp by City

Do personality tests make it harder to hire the right person?
Sara London
19 examples of STAR interview questions (plus how to answer them using STAR method)
Jennifer Fabiano
Is this the worst job interview question? The internet seems to think so.
CW Headley
Ladders / Company / Mailchimp