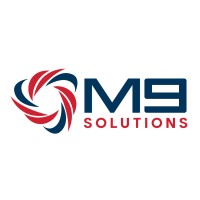 What are the highest paying jobs at M9 Solutions?

The 92FS won a competition in the 1980s to replace the M1911A1 as the primary sidearm of the U.S. military, beating many other contenders, and only narrowly defeating the SIG Sauer P226 for cost reasons. It officially entered service in 1990. Some other pistols have been adopted to a lesser extent, namely the SIG P228 pistol, and other models remain in use in certain niches.

The M9 was scheduled to be replaced under a United States Army program, the Future Handgun System, which was merged with the SOF Combat Pistol program to create the Joint Combat Pistol. The JCP was renamed Combat Pistol, and the number of pistols to be bought was drastically cut back. The U.S. Army, Navy, Air Force, and Marine Corps are replacing the M9 with the SIG Sauer M17 and M18.

M9 Solutions Job Search in US and Canada

19 examples of STAR interview questions (plus how to answer them using STAR method)
Jennifer Fabiano
Is this the worst job interview question? The internet seems to think so.
CW Headley
These are the 15 highest-paying psychology jobs
Hailey Hudson
Ladders / Company / M9 Solutions