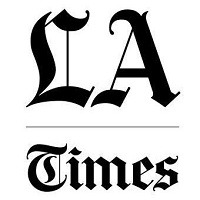 What are the highest paying jobs at Los Angeles Times?

The Los Angeles Times is a daily newspaper based in El Segundo, California, which has been published in Los Angeles, California, since 1881. It has the fifth-largest circulation in the U.S., and is the largest American newspaper not headquartered on the East Coast. The paper focuses its coverage of issues particularly salient to the West Coast, such as immigration trends and natural disasters. It has won more than 40 Pulitzer Prizes for its coverage of these and other issues. As of June 18, 2018, ownership of the paper is controlled by Patrick Soon-Shiong, and the executive editor is Norman Pearlstine.

In the 19th century, the paper developed a reputation for civic boosterism and opposition to labor unions, the latter of which led to the bombing of its headquarters in 1910. The paper's profile grew substantially in the 1960s under publisher Otis Chandler, who adopted a more national focus. In recent decades the paper's readership has declined, and it has been beset by a series of ownership changes, staff reductions, and other controversies. In January 2018, the paper's staff voted to unionize and finalized their first union contract on October 16, 2019. The paper moved out of its historic downtown headquarters to a facility in El Segundo, California near Los Angeles International Airport in July 2018.
Total value of jobs:
$5,070,000
Total Jobs:
3
Average Pay:
$117,906
Total Experts:
3
% Masters:
27%

Los Angeles Times Job Search in US and Canada

You have a “great” job offer… now what?
Kayla Duperreault
Do personality tests make it harder to hire the right person?
Sara London
19 examples of STAR interview questions (plus how to answer them using STAR method)
Jennifer Fabiano
Ladders / Company / Los Angeles Times