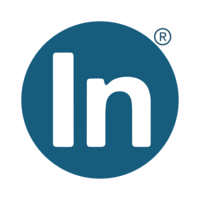 What are the highest paying jobs at LogMeIn?

LogMeIn, Inc. is a provider of software as a service and cloud-based remote work tools for collaboration, IT management and customer engagement, founded in 2003 and based in Boston, Massachusetts. The company's products give users and administrators access to remote computers.

In February 2017, LogMeIn completed a merger with GetGo, the corporate spin-off of the GoTo product line from Citrix Systems.

On December 17, 2019, LogMeIn announced an agreement to be sold for $4.3 billion to Francisco Partners and Evergreen Coast Capital Corp., which is a private equity affiliate of Elliot Management Corp. The deal closed on August 31, 2020.

The company was part of the S&P 400 stock market index and forecast annual revenue of more than $1 billion in 2017.

LogMeIn Job Search in US and Canada

Top Jobs at LogMeIn by City