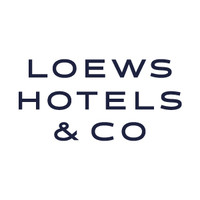 What are the highest paying jobs at Loews Hotels?

Loews Hotels is an American luxury hospitality company that owns or operates 27 hotels in the United States and Canada. Loews' hotels and resorts are located in major North American city centers and resort destinations. They are also known for their progressive policies.

Loews Hotels Job Search in US and Canada

Everything you need to know about becoming a pathologist
Ashley Jones
Get paid to dream at work: This company will pay you to nap
Sara London
The average salary of a Chipotle general manager is $100K — and they’re hiring
Kyle Schnitzer
Ladders / Company / Loews Hotels