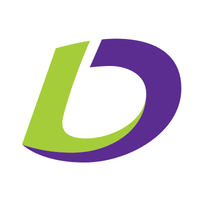 What are the highest paying jobs at loanDepot?

LoanDepot, sometimes stylized as loanDepot, is a Lake Forest, California-based holding company which sells mortgage and non-mortgage lending products. In 2015, the company claimed to be the second largest non-bank provider of direct-to-consumer loans in the United States.

LoanDepot was founded in 2010 by entrepreneur Anthony Hsieh, who had previously founded mortgage companies LoansDirect.com which he sold to E*Trade, and HomeLoanCenter.com, which he sold to LendingTree. The company's products at the time included fixed rate, jumbo, FHA and home equity loans, in addition to more controversial adjustable-rate mortgages and negative amortization products.

In March 2017, the company introduced technology to automate the loan process, allowing customers to apply for a mortgage without talking to a loan officer.

In January 2018, the company announced two products as part of its technology platform, now called Mello, a home improvement unit to allow contractors to offer financing to customers, and Mello Home, a platform to connect pre-approved buyers to realtors.

In September 2019, the company partnered with Century 21 Redwood Realty to form a new mortgage platform for the mid-Atlantic area, Day 1 Mortgage.

loanDepot went public on the New York Stock Exchange on February 11, 2021 under the ticker symbol LDI.

loanDepot Job Search in US and Canada

Top Jobs at loanDepot by City

Get paid to dream at work: This company will pay you to nap
Sara London
The average salary of a Chipotle general manager is $100K — and they’re hiring
Kyle Schnitzer
Amazon is now hiring 75K workers — and offering some $1K bonuses
Kyle Schnitzer
Ladders / Company / loanDepot