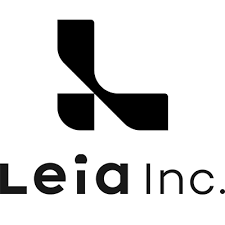 What are the highest paying jobs at Leia Inc.?

Leia Inc. is an experience platform offering 3D Lightfield products and software applications that challenge the limits of what can be created and shown on a display screen. The company seeks to bring the digital world to life through interactive, immersive and immediate 3D Lightfield experiences.

Leia is headquartered in Menlo Park, California, with a nano-fabrication center in Palo Alto, a content team in Los Angeles and Auckland, New Zealand and industrialization center in Suzhou, China.

The company was founded in 2014 as a spin-off from HP Labs. Its research into the holographic display concept under HP was published by Nature in 2013. CEO David Fattal explained that its diffraction system would address shortcomings with other mobile 3D display systems, such as being able to be seen by multiple viewers at once, using the display in its original 2D mode with no loss of resolution and not requiring CPU-intensive eye tracking. The company foresaw uses of its technology in mobile devices, automobiles, and medical applications.

In May 2016, Leia announced a partnership with Altice to market a smartphone featuring its technology.

In 2017, Red Digital Cinema announced its intent to produce a high-end smartphone featuring the technology. As part of its development, Red entered into a strategic partnership with Leia, including funding, and Red's founder Jim Jannard joining Leia's board of directors.

Leia Inc. Job Search in US and Canada

These are the 15 highest-paying psychology jobs
Hailey Hudson
6 jobs that prepare you for side hustle success
Kyle Young
This is what work will look like in 2030, and it isn’t pretty
Kyle Schnitzer
Ladders / Company / Leia Inc.