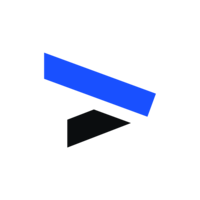 What are the highest paying jobs at AON3D?

Aon plc is a British multinational professional services firm that sells a range of financial risk-mitigation products, including insurance, pension administration, and health-insurance plans. Aon has approximately 50,000 employees in 120 countries.

Aon was created in 1982 when the Ryan Insurance Group merged with the Combined Insurance Company of America. In 1987, that company was renamed Aon from aon, a Gaelic word meaning "one". The company is headquartered in the UK and incorporated in Ireland, with its listing based in the US.

AON3D Job Search in US and Canada

Top Jobs at AON3D by City

These are the 15 highest-paying psychology jobs
Hailey Hudson
6 jobs that prepare you for side hustle success
Kyle Young
This is what work will look like in 2030, and it isn’t pretty
Kyle Schnitzer
Ladders / Company / AON3D