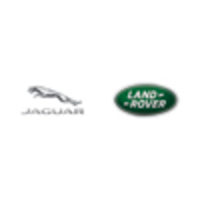 What are the highest paying jobs at Land Rover USA?

Land Rover was granted a Royal Warrant by King George VI in 1951, and 50 years later, in 2001, it received a Queen's Award for Enterprise for outstanding contribution to international trade. Over time, Land Rover grew into its own brand, encompassing a consistently growing range of four-wheel drive, off-road capable models. Starting with the much more upmarket 1970 Range Rover, and subsequent introductions of the mid-range Discovery and entry-level Freelander line, as well as the 1990 Land Rover Defender refresh, the marque today includes two models of Discovery, four distinct models of Range Rover, and after a three-year hiatus, a second generation of Defenders have gone into production for the 2020 model year—in short or long wheelbase, as before.

For half a century, Land Rovers and Range Rovers exclusively relied on their trademark boxed-section vehicle frames. Land Rover used boxed frames in a direct product bloodline until the termination of the original Defender in 2016; and their last body-on-frame model was replaced by a monocoque with the third generation Discovery in 2017. Since then all Land Rovers and Range Rovers have a unified body and frame structure.

Land Rover USA Job Search in US and Canada

Everything you need to know about becoming a pathologist
Ashley Jones
Get paid to dream at work: This company will pay you to nap
Sara London
The average salary of a Chipotle general manager is $100K — and they’re hiring
Kyle Schnitzer
Ladders / Company / Land Rover USA