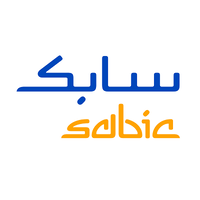 What are the highest paying jobs at Sabic?

Saudi Basic Industries Corporation, known as SABIC, is a Saudi Arabian multinational chemical manufacturing company, and a subsidiary of the state-owned petroleum and natural gas company Saudi Aramco. It is active in petrochemicals, chemicals, industrial polymers, fertilizers, and metals. It is the second largest public company in the Middle East and Saudi Arabia as listed in Tadawul. 70% of SABIC's shares are owned by Saudi Aramco.

In 2017, SABIC was ranked fourth in the world among chemical companies by Fortune Global 500,. By the end of 2018 SABIC was the world's 281th-largest corporation. In 2010, SABIC grew to be the second-largest diversified chemical company, or first when measured only by asset value. Measured over all its branches, it became the world's 98th-largest corporation on the Forbes Global 2000 ranking, with sales revenues of $50.4 billion, profits of $6.7 billion and assets standing at $90.4 billion.

Sabic Job Search in US and Canada

Top Jobs at Sabic by City

View All Mount Vernon, IN Jobs