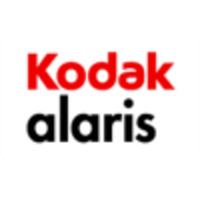 What are the highest paying jobs at Kodak Alaris?

Kodak Alaris is a British manufacturer and marketer of traditional photographic supplies, hardware and software for digital imaging and information management, and retail printing kiosks. The company is headquartered in Hemel Hempstead, Hertfordshire. The company shares ownership of the Kodak brand with the Eastman Kodak Company.

In 2012, Kodak filed for bankruptcy after a years-long decline in the company's core business related to film photography. As part of the bankruptcy, Kodak faced a $2.8 billion claim by the UK Kodak Pension Plan. The claim was resolved and Kodak Alaris was formed when KPP paid $325 million for Kodak's personalized imaging and document imaging businesses. KPP continues to control Kodak Alaris as a privately held company through Kodak Alaris Holdings Limited.

In 2014, the company appointed Ralf Gerbershagen as CEO. Also in 2014, Mark Elliott was named Chairman of the Board of Kodak Alaris.

In 2016, the company launched Kodak Moments, a visual storytelling app, at the South by Southwest festival.

In 2017, the company appointed Marc Jourlait as CEO, completed a balance sheet restructuring, renewed a rotating credit facility, and completed the sale of a former manufacturing facility in Harrow, England.

Kodak Alaris Job Search in US and Canada

Get paid to dream at work: This company will pay you to nap
Sara London
The average salary of a Chipotle general manager is $100K — and they’re hiring
Kyle Schnitzer
Amazon is now hiring 75K workers — and offering some $1K bonuses
Kyle Schnitzer
Ladders / Company / Kodak Alaris