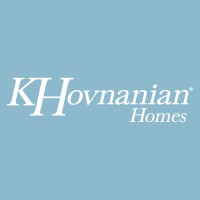 What are the highest paying jobs at K Hovnanian Homes?

Hovnanian Enterprises, Inc. is a United States real estate company which is involved in every aspect of marketing homes, including design, construction and sales. The company works with individual detached housing as well as higher-occupancy dwellings, including townhouses, condominiums and retirement homes. In most cases, the company acquires and develops the land on which these developments are built, but in some geographic regions, Hovnanian offers to build their proprietary house designs on private land. The company consists of two operating groups, homebuilding and financial services.

Despite some recent financial difficulties due to the 2008–2009 recession and financial crisis, Hovnanian Enterprises remains the eleventh largest American homebuilder and is one of the largest homebuilders in New Jersey, as of December 2018.

America falls way short, adds fewer jobs than expected in April
Kyle Schnitzer
Everything you need to know about becoming a dermatologist
Ashley Jones
These US cities will pay up to $20,000 for you to relocate—but there’s always a catch
Benjamin Lorber
Ladders / Company / K Hovnanian Homes