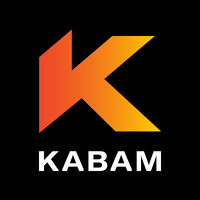 What are the highest paying jobs at Kabam?

Kabam is an interactive entertainment company founded in 2006 and headquartered in Vancouver, BC. with offices in San Francisco, CA and Austin, Texas.

The company creates, develops and publishes massively multiplayer social games such as Marvel Contest of Champions and Transformers: Forged to Fight for mobile devices. Before expanding into gaming, Kabam established itself as a social applications developer with entertainment and sports communities totaling more than 60 million users.

The company has focused on developing "real games," or games with immersive gameplay mechanics akin to more traditional MMOs with an emphasis on the spending and gambling of virtual currency. In late 2009, Kabam launched Kingdoms of Camelot, one of the first successful strategy games on Facebook, but in June 2010, the number of players began constantly shrinking.

Kabam Job Search in US and Canada

Top Jobs at Kabam by City