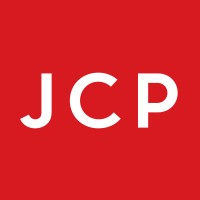 What are the highest paying jobs at JC Penney?

Most JCPenney stores are located in suburban shopping malls. Before 1966, most of its stores were located in downtown areas. As shopping malls became more popular during the later half of the 20th century, JCPenney began relocating and developing stores to anchor the malls. In more recent years, the chain has continued to follow consumer traffic, echoing the retailing trend of opening some freestanding stores, including some next door to competitors. Certain stores are located in power centers. The company has been an Internet retailer since 1998. It has streamlined its catalog and distribution while undergoing renovation improvements at store level.

In May 2020, JCPenney filed for Chapter 11 bankruptcy protection and in September 2020, Brookfield Asset Management and Simon Property Group agreed to purchase JCPenney for around $800 million in cash and debt. The deal was approved by the U.S. Bankruptcy Court for the Southern District of Texas two months later.

Get paid to dream at work: This company will pay you to nap
Sara London
The average salary of a Chipotle general manager is $100K — and they’re hiring
Kyle Schnitzer
Amazon is now hiring 75K workers — and offering some $1K bonuses
Kyle Schnitzer
Ladders / Company / JC Penney