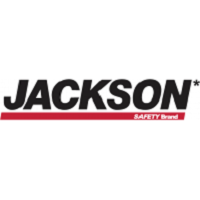 What are the highest paying jobs at Jackson?

Jackson National Life Insurance Company is a U.S. company that provides annuities for retail investors and fixed income products for institutional investors. Jackson subsidiaries and affiliates provide specialized asset management and retail brokerage services. Jackson is a subsidiary of the British insurer, Prudential plc, which acquired the company for $608 million in 1986. The company is unrelated to the American insurance conglomerate, Prudential Financial.

Founded in 1961, Jackson is headquartered in Alaiedon Township, Lansing, Michigan.

Jackson was named after Andrew Jackson, the seventh President of the United States. Jackson was founded in 1961 in Jackson, Michigan, and moved to its headquarters in Lansing, Michigan in 1976. In the early years, the company focused on offering term insurance to individuals as an alternative to whole life products. Jackson was an early adopter of the independent distribution model, eliminating its captive agency sales force in 1970 to sell products through independent agents. By 1984, Jackson had grown to $1 billion in assets. The company's growth attracted the attention of Prudential plc, which acquired Jackson in 1986.

Jackson Job Search in US and Canada

Top Jobs at Jackson by City