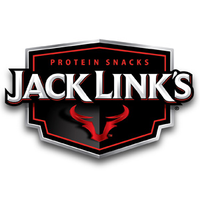 What are the highest paying jobs at Jack Links?

Jack Link's Beef Jerky is an American snack company best known as the producer and marketer of the eponymous brand of beef jerky. It was founded by John 'Jack' Link in 1986. Jack thought of the idea to make jerky while hunting with his family. He used his great-grandfather's Old World recipes. They are known for their "Messin' with Sasquatch" ads.

In addition to their original facility in Minong, Wisconsin, the company also has facilities across the Midwest such as in New Glarus, Wisconsin; Alpena, South Dakota; Mankato, Minnesota; Laurens, Iowa; Underwood, Iowa and Bellevue, Nebraska; and its marketing office in Minneapolis.

On April 1, 2014, Jack Link's acquired Unilever's meat snack division in an attempt to expand its consumer base all throughout Europe. The acquisition includes the BiFi brand, sold across Europe and Peperami, which retails in the UK and Ireland; and the manufacturing unit in Ansbach, Germany.

In 2013, they signed a sponsorship deal with the Seattle Mariners.

Also in 2013, Jack Link's Jerky appeared in mid-credits scenes in Season 1 of the Hulu animated show The Awesomes.

Jack Links Job Search in US and Canada

Get paid to dream at work: This company will pay you to nap
Sara London
The average salary of a Chipotle general manager is $100K — and they’re hiring
Kyle Schnitzer
Amazon is now hiring 75K workers — and offering some $1K bonuses
Kyle Schnitzer
Ladders / Company / Jack Links