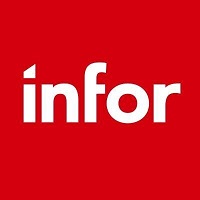 What are the highest paying jobs at Infor?

Infor acquired over forty other software companies since its 2002 founding as Agilysis, for example acquiring GEAC ERP for US$1 billion, Lawson Software for US$2 billion, and GT Nexus for $675 million. Infor had around 58 million cloud users as of July 2016, as well as around 90,000 corporate customers overall. Infor is active in 200 countries and territories with around 17,300 employees. Infor's customers included Bausch & Lomb, Ferrari, Heineken, Wyndham Hotels, Hershey Entertainment and Resorts, Boskalis, EBSCO, Legacy Health, The Madern Group and Best Western International.

Infor Job Search in US and Canada

Top Jobs at Infor by City