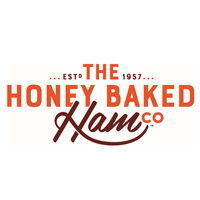 What are the highest paying jobs at HoneyBaked Ham?

The Honey Baked Ham Company is a food retailer which sells hams, turkey breasts and other pre-cooked entrées, side dishes, and desserts. It was founded in 1957 in Detroit, Michigan, and its headquarters is in Alpharetta, Georgia. As of June 5, 2020 there are 492 outlets.

In 1924, Harry Hoenselaar created a bone-in spiral-slicer that smoked and cooked a ham. He said the idea for the spiral ham slicer "came to him in a dream". Hoenselaar built his prototype spiral slicer using "a tire jack, a pie tin, a washing machine motor, and a knife".

In the 1930s, Hoenselaar sold honey-glazed hams to drugstores in Detroit, Michigan. Hoenselaar taught lunch counter clerks the proper procedure of slicing ham for sandwiches with a knife; he later bought that drugstore in Detroit from the widow of the previous owner for five hundred dollars. With Hoenselaar's commitment to his slicer, and residing in Detroit, Hoenselaar founded The HoneyBaked Ham Company and Café in 1957

When the company expanded nationally, he divided the country into four territories and assigned a territory to each of his four daughters.

The company is presently headed by Hoenselaar's granddaughter, Linda van Rees, who moved the headquarters to Alpharetta in 2015.

The Honey Baked Ham Company, LLC has grown to over 200 company owned retail stores and 200 franchise locations across the United States, as well as an ecommerce business. As of May 2017, the company is headquartered in Alpharetta, Georgia and privately owned by the Hoenselaar family.
Total value of jobs:
$125,000
Average Pay:
$125,000
Total Experts:
2
% Masters:
15%