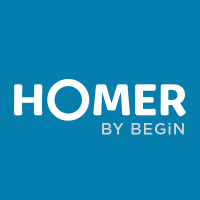 What are the highest paying jobs at Homer?

The Homer Laughlin China Company is a ceramics manufacturer located in Newell, West Virginia, United States, established in 1871 and widely known for its retail dinnerware line, Fiesta. Since the late 1950s, the two brand had marketed its retail lines as well as separate lines for the food service industry. In 2010, the company acquired the nearby Hall China Company.

In March 2020, the food service divisions of the two brands, Homer Laughlin China Company and the Hall China Company, were acquired by Steelite International, a British tableware manufacturer and supplier to the global hospitality industry. The retail division, including Fiestaware, along with the manufacturing operations and headquarters were not sold to Steelite and were subsequently renamed The Fiesta Tableware Company.
Total value of jobs:
$1,765,000
Total Jobs:
4
Average Pay:
$135,769

Homer Job Search in US and Canada

Top Jobs at Homer by City

8 high paying remote jobs you can get right now (and how to get hired there)
Sara London
7 ways to manage the effects of job search fatigue
Rolf Bax
Have you been the victim of 1 of these 7 cases of wrongful termination?
AnnaMarie Houlis
Ladders / Company / Homer