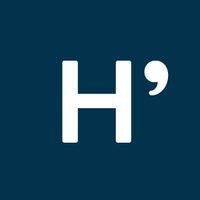 What are the highest paying jobs at Harrys?

Harry's is an American company that manufactures and sells shaving equipment and men's personal care products via online and retail channels. The company is known for their subscription service where customers receive new razor blades, shaving cream, and other grooming products by mail. Harry's is based in New York.

The company was founded in July 2012 by Andy Katz-Mayfield and Jeff Raider. The company launched its subscription service in March 2013. In February 2014, Harry's acquired the German razor blade manufacturer Feintechnik for $100 million. In May 2019, Edgewell Personal Care, the owner of the Schick brand of shaving products, announced it would purchase Harry's for $1.4 billion. The merger was intended to finalise by the end of the first quarter of 2020. In February 2020, the Federal Trade Commission sued Edgewell to block the merger, stating that bringing Schick and Harry's together could hurt competition.

Harrys Job Search in US and Canada

Top Jobs at Harrys by City