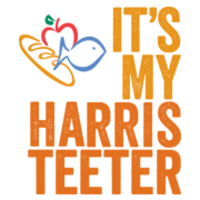 What are the highest paying jobs at Harris Teeter?

Harris Teeter Supermarkets, Inc. is an American supermarket chain based in Matthews, North Carolina, a suburb of Charlotte. As of January 2021, the chain operates 260

stores in seven South Atlantic states and the District of Columbia. Supermarket News ranked Harris Teeter No. 34 in the 2012 "Top 75 Retailers & Wholesalers" based on 2011 fiscal year sales of $4.3 billion.

On July 9, 2013, Harris Teeter Supermarkets, announced that it was being acquired by The Kroger Company for $2.5 billion. The merger closed on January 28, 2014, though Harris Teeter retained its name, brand, and headquarters in Matthews.

Harris Teeter Job Search in US and Canada

Get paid to dream at work: This company will pay you to nap
Sara London
The average salary of a Chipotle general manager is $100K — and they’re hiring
Kyle Schnitzer
Amazon is now hiring 75K workers — and offering some $1K bonuses
Kyle Schnitzer
Ladders / Company / Harris Teeter