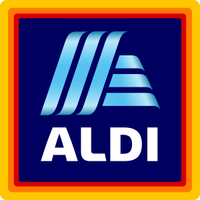 What are the highest paying jobs at ALDI Einkauf GmbH & Co oHG?

Aldi is the common brand of two German family-owned discount supermarket chains with over 10,000 stores in 20 countries and an estimated combined turnover of more than €50 billion. The chain was founded by brothers Karl and Theo Albrecht in 1946 when they took over their mother's store in Essen. The business was split into two separate groups in 1960, that later became Aldi Nord, headquartered in Essen, and Aldi Süd, headquartered in Mülheim.

In 1962, they introduced the name Aldi, which is pronounced [?aldi?]. In Germany, Aldi Nord and Aldi Süd have been financially and legally separate since 1966, although both divisions' names may appear as if they were a single enterprise with certain store brands or when negotiating with contractor companies. The formal business name is Aldi Einkauf GmbH & Compagnie.

Aldi's German operations consist of Aldi Nord's 35 individual regional companies with about 2,500 stores in western, northern, and eastern Germany, and Aldi Süd's 32 regional companies with 1,900 stores in western and southern Germany. Internationally, Aldi Nord operates in Denmark, France, the Benelux countries, Portugal, Spain and Poland, while Aldi Süd operates in Ireland, the United Kingdom, Hungary, Switzerland, Australia, China, Italy, Austria and Slovenia. Both Aldi Nord and Aldi Süd also operate in the United States with 1,600 stores between them as of 2017. Further, the U.S. is the only country to have both Aldi companies operating outside of Germany.

America falls way short, adds fewer jobs than expected in April
Kyle Schnitzer
Everything you need to know about becoming a dermatologist
Ashley Jones
These US cities will pay up to $20,000 for you to relocate—but there’s always a catch
Benjamin Lorber
Ladders / Company / ALDI Einkauf GmbH & Co oHG