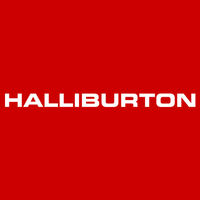 What are the highest paying jobs at Halliburton Company?

Halliburton Company is an American multinational corporation. One of the world's largest oil field service companies, it has operations in more than 70 countries. It owns hundreds of subsidiaries, affiliates, branches, brands, and divisions worldwide and employs approximately 55,000 people.

The company has dual headquarters located in Houston and in Dubai, but it remains incorporated in the United States.

The company has been involved in numerous controversies, including its involvement with Dick Cheney – as U.S. Secretary of Defense, then CEO of the company, then Vice President of the United States – and the Iraq War, and the Deepwater Horizon, for which it agreed to settle outstanding legal claims against it by paying litigants $1.1 billion.

Halliburton Company Job Search in US and Canada

How to answer “What’s your desired salary?” (with 8 best responses)
Jessica Li
You have a “great” job offer… now what?
Kayla Duperreault
Do personality tests make it harder to hire the right person?
Sara London
Ladders / Company / Halliburton Company