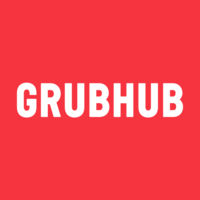 What are the highest paying jobs at GrubHub?

Grubhub Inc. is an American online and mobile prepared food ordering and delivery platform that connects diners with local restaurants. The company is based in Chicago, Illinois and was founded in 2004. Their slogan is "grub what you love." As of 2019, the company had 19.9 million active users and 115,000 associated restaurants across 3,200 cities and all 50 states in the United States. Grubhub Seamless went public in April 2014 and is traded on the New York Stock Exchange under the ticker symbol "GRUB".

On June 9, 2020, Netherlands based Just Eat Takeaway, announced an agreement to buy Grubhub for $7.3 billion in stock.

GrubHub Job Search in US and Canada

Top Jobs at GrubHub by City

Everything you need to know about becoming a dermatologist
Ashley Jones
These US cities will pay up to $20,000 for you to relocate—but there’s always a catch
Benjamin Lorber
A guide to using social media to your advantage when job hunting
Sarah Dillon
Ladders / Company / GrubHub