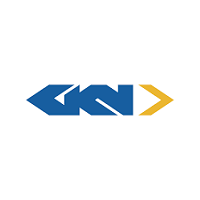 What are the highest paying jobs at GKN?

GKN Ltd is a British multinational automotive and aerospace components business headquartered in Redditch, Worcestershire. It is a long-running business known for many decades as Guest, Keen and Nettlefolds. It can trace its origins back to 1759 and the birth of the Industrial Revolution.

The company's name is the initials of three early figures in its history: John Guest, Arthur Keen, and Joseph Henry Nettlefold. All three were key figures in the field of iron and steel during the Industrial Revolution. Ivor Guest sold the Dowlais Iron Company in Wales to Arthur Keen and Windsor Richards of Birmingham's Patent Nut and Bolt Company in June 1900. They combined the two businesses and formed Guest, Keen & Co. Limited on 1 November 1900. A little over twelve months later, Guest Keen & Co bought and amalgamated Nettlefolds Limited into their new combine giving it the style Guest, Keen and Nettlefolds Limited. Throughout the majority of the twentieth century, though steel production remained the core of GKN it branched into tooling and component manufacturing. It was deeply impacted by government policies during the latter half of the century, during which Britain's steel industry was subject to multiple nationalisation and privatisation efforts. During the 1980s, GKN Steel reduced its presence in the steel sector, selling off or shutting down its works.

GKN Job Search in US and Canada

Top Jobs at GKN by City