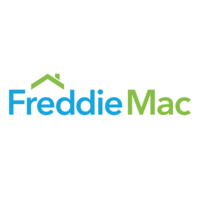 What are the highest paying jobs at Freddie Mac?

The Federal Home Loan Mortgage Corporation, known as Freddie Mac, is a public government-sponsored enterprise, headquartered in Tysons Corner, Virginia. Freddie Mac is ranked No. 41 on the 2020 Fortune 500 list of the largest United States corporations by total revenue, and has $2.063 trillion in assets under management.

The FHLMC was created in 1970 to expand the secondary market for mortgages in the US. Along with the Federal National Mortgage Association, Freddie Mac buys mortgages on the secondary market, pools them, and sells them as a mortgage-backed security to investors on the open market. This secondary mortgage market increases the supply of money available for mortgage lending and increases the money available for new home purchases. The name "Freddie Mac" is a variant of the initialism of the company's full name that was adopted officially for ease of identification.

On September 7, 2008, Federal Housing Finance Agency director James B. Lockhart III announced he had put Fannie Mae and Freddie Mac under the conservatorship of the FHFA. The action has been described as "one of the most sweeping government interventions in private financial markets in decades".

Moody's gave Freddie Mac's preferred stock an investment grade credit rating of A1 until August 22, 2008, when Warren Buffett said publicly that both Freddie Mac and Fannie Mae had tried to attract him and others. Moody's changed the rating on that day to Baa3, the lowest investment-grade rating. Freddie's senior debt credit rating remains Aaa/AAA from each of the major rating agencies: Moody's, S&P, and Fitch.

Freddie Mac Job Search in US and Canada

Get paid to dream at work: This company will pay you to nap
Sara London
The average salary of a Chipotle general manager is $100K — and they’re hiring
Kyle Schnitzer
Amazon is now hiring 75K workers — and offering some $1K bonuses
Kyle Schnitzer
Ladders / Company / Freddie Mac