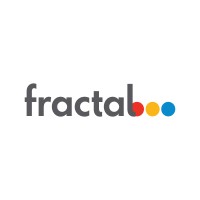 What are the highest paying jobs at Fractal Analytics?

Fractal Analytics is a multinational artificial intelligence company that provides services in consumer packaged goods, insurance, healthcare, life sciences, retail and technology, and the financial sector. Headquartered in New York, it has a presence in the United States, United Kingdom, and India along with fifteen other locations.

Fractal Analytics was founded in 2000 by Srikanth Velamakanni, Pranay Agrawal, Nirmal Palaparthi, Pradeep Suryanarayan and Ramakrishna Reddy. In 2005, the company established its base in the United States. In January 2015, it opened its office in Bengaluru, India. In 2015 they acquired Imagna Analytics and Mobius Innovations.

In 2016, Fractal Analytics appointed Pranay Agrawal as the CEO to replace co-founder Srikanth Velamakanni, the new Group Chief Executive and Executive Vice-Chairman. It also expanded its operations including the creation of two new subsidiaries Qure.ai and Cuddle.ai.

Fractal Analytics Job Search in US and Canada