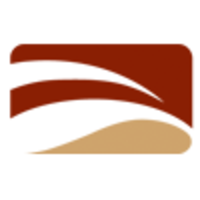 What are the highest paying jobs at Flowers Foods?

Flowers Foods, headquartered in Thomasville, Georgia, is a producer and marketer of packed bakery food. The company operates 47 bakeries producing bread, buns, rolls, snack cakes, pastries, and tortillas. Flowers Foods' products are sold regionally through a direct store delivery network that encompasses the East, South, Southwest, West, and the Northwest regions of the United States and are delivered nationwide to retailer's warehouses. It has made acquisitions of a number of bakeries and other food companies over the years, continuing through to the present day. As of February 2013, it had grown to be the "second-largest baking company in the United States".

Flowers Foods has two operating segments: The Direct Store Delivery and the Warehouse. The DSD Segment handles fresh bread, buns, rolls, and snack cakes that are sold regionally through a network of independent distributors. The company is continually expanding its market reach through acquisitions and by stretching its current territory. Flowers' Warehouse Segment is responsible for the national distribution of frozen snack cakes, bread, and rolls that are sold directly to the customer's warehouses. Flowers owns the brands Mrs. Freshley's and European Bakers. Mrs. Freshley's produces snack cakes, which are available nationally to retail and vending customers through this segment. The European Bakers brand of frozen specialty bread and rolls are available nationally to retail in-store bakeries and foodservice customers.

Flowers Foods Job Search in US and Canada

Everything you need to know about becoming a dermatologist
Ashley Jones
These US cities will pay up to $20,000 for you to relocate—but there’s always a catch
Benjamin Lorber
A guide to using social media to your advantage when job hunting
Sarah Dillon
Ladders / Company / Flowers Foods