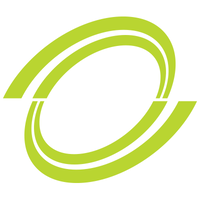 What are the highest paying jobs at FirstLight?

Firstlight Media is a Canada-based company that provides managed services for the distribution of premium video to IP-connected devices. The company's cloud-native platform powers video services for Tier 1 streaming providers.

Firstlight Media is headquartered in Toronto, Ontario; with a headend in San Diego California, and offices in Los Angeles, California, and Chennai, India. Firstlight partnered with Highview Capital Partners to acquire Quickplay Media from AT&T in March, 2020.

Quickplay had originally been founded in 2004 to power mobile video services for live TV, video on demand and radio services for companies including AT&T Wireless, Bell Mobility, Verizon Wireless, Motorola Mobility, Rogers Wireless, Research In Motion, Sirius XM, and U.S. Cellular. Madison Dearborn Partners became a majority owner in 2012. AT&T announced on May 16, 2016, that it would acquire Quickplay from Madison Dearborn Partners. It remained a subsidiary of AT&T until 2020.

FirstLight Job Search in US and Canada

Top Jobs at FirstLight by City

View All Lewiston, ME Jobs

6 career changes you can make mid-life (and how)
Meredith Schneider
Everything you need to know about becoming a rheumatologist
Ashley Jones
If you wear these colors on your video interview, it could cost you the job
Meredith Lepore
Ladders / Company / FirstLight