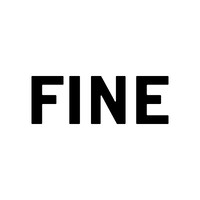 What are the highest paying jobs at FINE Design Group?

Orbital was headquartered in Dulles, Virginia and publicly traded on the New York Stock Exchange with the ticker symbol ORB. Orbital's primary products were satellites and launch vehicles, including low-Earth orbit, geosynchronous-Earth orbit and planetary spacecraft for communications, remote sensing, scientific and defense missions; ground- and air-launched rockets that delivered satellites into orbit; missile defense systems that were used as interceptor and target vehicles; and human-rated space systems for Earth-orbit, lunar and other missions. Orbital also provided satellite subsystems and space-related technical services to government agencies and laboratories.

On April 29, 2014, Orbital Sciences announced that it would merge with Alliant Techsystems to create a new company called Orbital ATK, Inc. The merger was completed on February 9, 2015 and Orbital Sciences ceased to exist as an independent entity.

FINE Design Group Job Search in US and Canada

These are the 10 best jobs if you want to retire early
Ashley Jones
How to quit your job (even if you just started)
Lani Assaf
What jobs can you get with a business degree?
Kattie Thorndyke
Ladders / Company / FINE Design Group