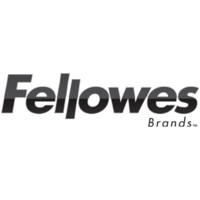 What are the highest paying jobs at Fellowes?

The company was founded in Chicago, Illinois, in 1917 by Harry Fellowes as the Bankers Box Company, producing the Bankers Box line of record storage boxes. Sons Folger and John Fellowes joined the business in 1934 and 1938, respectively, and grandson James Fellowes joined in 1969 and was named president in 1983. The same year the company name was changed from Bankers Box to Fellowes to reflect an expansion into business machines and computer accessory products. James Fellowes would later become CEO in 1997. As the brand portfolio expanded, the company was named Fellowes Brands in 2015.

The great-grandson of the founder and the fourth generation of the Fellowes family, John Fellowes, is currently CEO of Fellowes Brands. The company's corporate headquarters are in Itasca, Illinois. In November 2013, Fellowes Aeramax line of air purifiers achieved Asthma and Allergy Friendly Certification.

IT Security and Infrastructure Engineer

Fellowes Job Search in US and Canada

IT Security and Infrastructure Engineer

Top Jobs at Fellowes by City

You have a “great” job offer… now what?
Kayla Duperreault
Do personality tests make it harder to hire the right person?
Sara London
19 examples of STAR interview questions (plus how to answer them using STAR method)
Jennifer Fabiano
Ladders / Company / Fellowes