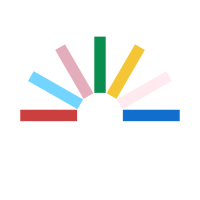 What are the highest paying jobs at Fable Group?

Fable Records was an Australian independent record company which operated from 1970 to 1984. It was one of the most successful and productive Australian 'indie' labels of the period, issuing over 300 singles and dozens of EPs and LPs. Fable made a significant initial impact in Australia in 1970-71, scoring a string of hits by new Australian artists, and throughout its history the company discovered and promoted local talent. Fable enjoyed further success between 1972 and 1975 through its subsidiary label Bootleg Records, which racked up a string of hit albums and singles by artists including Brian Cadd, the Bootleg Family Band and Kerrie Biddell.

Fable/Bootleg released a wide variety of music from rock to mainstream vocal music. Its catalogue also included theatre organ music, Christian gospel music by singing group The Proclaimers, comedy recordings by veteran entertainer Frankie Davidson, and occasional novelty items like Drummond's 'chipmunk' version of "Daddy Cool" and a piano version of "In The Summertime" by film critic and honky-tonk piano virtuoso Ivan Hutchinson. Its debut single was "Curly", by variety performer and TV host Jimmy Hannan, and one of its last releases was single by TV personality Bert Newton and the Debney Park High School Band, which reportedly reached #11 on the Melbourne charts.
Total value of jobs:
$610,000
Total Jobs:
2
Average Pay:
$101,666

Fable Group Job Search in US and Canada