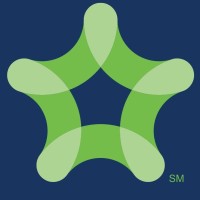 What are the highest paying jobs at Extended Stay America?

Extended Stay America, Inc., headquartered in Charlotte, North Carolina, is the operator of an economy apartment hotel chain in the United States and Canada. It is publicly traded as a "paired share" with ESH Hospitality, Inc., a real estate investment trust and the owner of the hotels. As of December 31, 2019, the company owned and operated 557 hotel properties consisting of approximately 61,900 rooms and franchised or managed 73 hotel properties consisting of approximately 7,500 rooms.

The company became a public company via an initial public offering on December 14, 1995.

In 2013, the company moved its headquarters from Spartanburg, South Carolina to Charlotte, North Carolina.

Extended Stay America Job Search in US and Canada

Everything you need to know about becoming a pathologist
Ashley Jones
Get paid to dream at work: This company will pay you to nap
Sara London
The average salary of a Chipotle general manager is $100K — and they’re hiring
Kyle Schnitzer
Ladders / Company / Extended Stay America