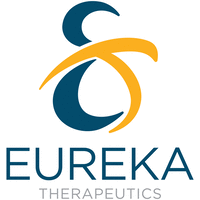 What are the highest paying jobs at Eureka Therapeutics?

Eureka is a brand of the Chinese company Midea Group that manufactures vacuums for all households. The company offers a full line of vacuum cleaners, including uprights, cordless, canisters, sticks and handhelds. Eureka also manufactures aftermarket vacuum accessories, such as bags, belts and filters.

Eureka Vacuum Cleaner Company was founded in 1909 in Detroit, Mich. by Toronto, Canada-born real estate auctioneer Fred Wardell to sell vacuum cleaners for which he had acquired several patents. At first only selling vacuum cleaners manufactured by others, in 1913 he and four partners purchased their first plant. In 1922 they introduced the Eureka Model 9, which undercut their main competitor Hoover by 50% in price, with the same horsepower motor and a front-mounted bag that customers preferred to Hoover's rear-mounted bag, offered with a 10-day home trial, becoming the Model T of the vacuum cleaner industry, selling 1 million units in three years. By 1927 Eureka sold 2 million units, selling one-third of all vacuums manufactured in the United States and settling into a perennial second place position behind Hoover.

1930 saw expansion into the making of other appliances with the introduction of the Eureka electric range.

Partly due to the costs of a massive door-to-door sales force, along with the Great Depression, in the late 1930s the company went into the red, divesting its door-to-door force in 1940, and still operating in the red until it was saved only by World War II and a wartime production business.
Total value of jobs:
$100,000
Total Jobs:
2
Average Pay:
$100,000

Eureka Therapeutics Job Search in US and Canada

What jobs can you get with a business degree?
Kattie Thorndyke
How to answer “What’s your desired salary?” (with 8 best responses)
Jessica Li
You have a “great” job offer… now what?
Kayla Duperreault
Ladders / Company / Eureka Therapeutics