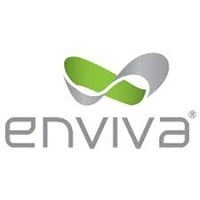 What are the highest paying jobs at Enviva Holdings?

Enviva is the world's largest producer of industrial wood pellets, an energy source used to generate electricity and heat.

Enviva was founded in 2004 and was first located in Richmond, Virginia. Headquarters were transferred to Bethesda, Maryland in 2011. The company conducted an initial public offering in 2015 and is traded on the New York Stock Exchange under EVA.

Enviva has 5 corporate offices worldwide, operates 9 pellet plants in 6 states of the Southeast United States, employs over 1,000 associates, and ships wood pellets worldwide from 5 ports in the United States.

Enviva Holdings Job Search in US and Canada

America falls way short, adds fewer jobs than expected in April
Kyle Schnitzer
Everything you need to know about becoming a dermatologist
Ashley Jones
These US cities will pay up to $20,000 for you to relocate—but there’s always a catch
Benjamin Lorber
Ladders / Company / Enviva Holdings