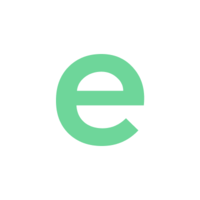 What are the highest paying jobs at Eden Health?

Eden Foods, Inc., is an organic food company based in Clinton, Michigan. It is best known for its Edensoy line of organic soy milk, and its line of organic Japanese foods and condiments. The company claims to be the oldest independent organic food producer in the United States, and the largest supplier of organic dry grocery items.

Eden was founded in 1969 as a co-op grocery store in Ann Arbor, Michigan to continue the operations of a defunct macrobiotic food buying club. Originally incorporated as a nonprofit, it became a for-profit company in 1970. In 1972, the company began importing Japanese foods such as miso and soy sauce for both the retail and commercial markets. Many of Eden's Japanese foods are still sourced in Japan.

Most of Eden Food's products are organic, most are certified kosher, and most are vegan, except for their katsuo. Many of Eden's prepared foods are also gluten-free, and have therefore been recommended for those on a gluten-free or gluten-free casein-free diet.
Total value of jobs:
$2,005,000
Total Jobs:
8
Average Pay:
$154,230
% Masters:
33%

Eden Health Job Search in US and Canada