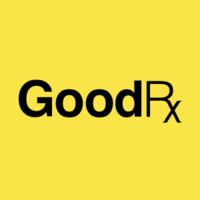 What are the highest paying jobs at GoodRx?

GoodRx is an American healthcare company that operates a telemedicine platform and a free-to-use website and mobile app that track prescription drug prices in the United States and provide free drug coupons for discounts on medications. GoodRx checks more than 75,000 pharmacies in the United States. The website gets about fourteen million visitors a month. As of February 25, 2020, "millions of people" had downloaded the GoodRx app.

GoodRx was founded in Santa Monica, California in 2011. In 2017, GoodRx announced partnerships with major prescription drug companies in the country to negotiate lower prescription drug costs. In September 2019, GoodRx acquired the telemedicine company HeyDoctor and rebranded the telemedicine platform as GoodRx Care. The platform allows individuals to consult with a doctor online and obtain a prescription for certain types of medications at a cost of US$20 as of December 2019, regardless of insurance status. Medical testing services, which vary in price, are also offered through the platform.

GoodRx Job Search in US and Canada

Top Jobs at GoodRx by City